The clients were just in the process of filling in their pool when they contacted our firm for a full backyard makeover. What we got was a designer’s dream: a large blank slate full of possibilities.

The area closest to the house was raised with an existing gravel and concrete patio which meant that we could either keep the existing elevation or play with different levels. For sake of budget, we agreed to keep the elevation but change the shape of the patio freeing up more room for entertainment.
Our clients are a young couple with a small toddler. They wanted an area that allows them to relax and entertain with plenty of wide open space for ball throwing and lawn games once their son gets older. They also requested a small vegetable area to teach their child the wonders of growing edibles.

It was also important that it felt open in the middle but private along the edges. They had a fairly new fence around the perimeter of the yard, but their existing wall along the elevated patio was in much needed repair. Instead of a typical fence we decided to take a different approach and use opaque panels which still provided privacy but gave it that feeling of being open. They both love the crisp, clean lines of concrete so we played with some grid patterns and used exposed pebble aggregate joints to add an extra detail. The plants need to be safe (non- toxic and thorn free) for the little one as well as for their Labradoodle. The idea of bunch grasses and succulents was a palette that they were both drawn to for color, simplicity and ease of care.

Another key aspect was being able to use the space at all times of the day, including the evening. Which gave us the opportunity to use lights to accentuate the beautiful Canary Island Palm and other elements in the design. 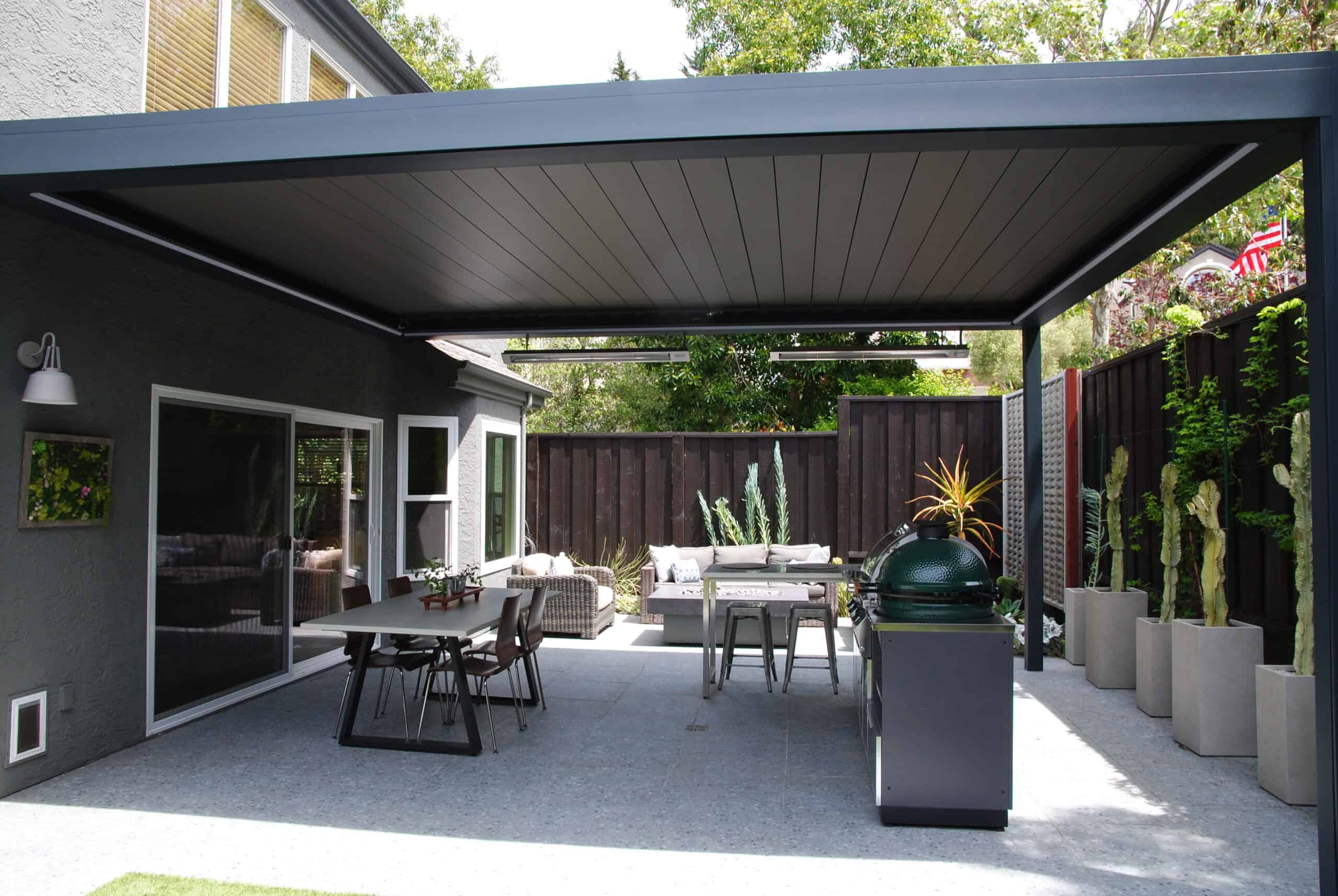 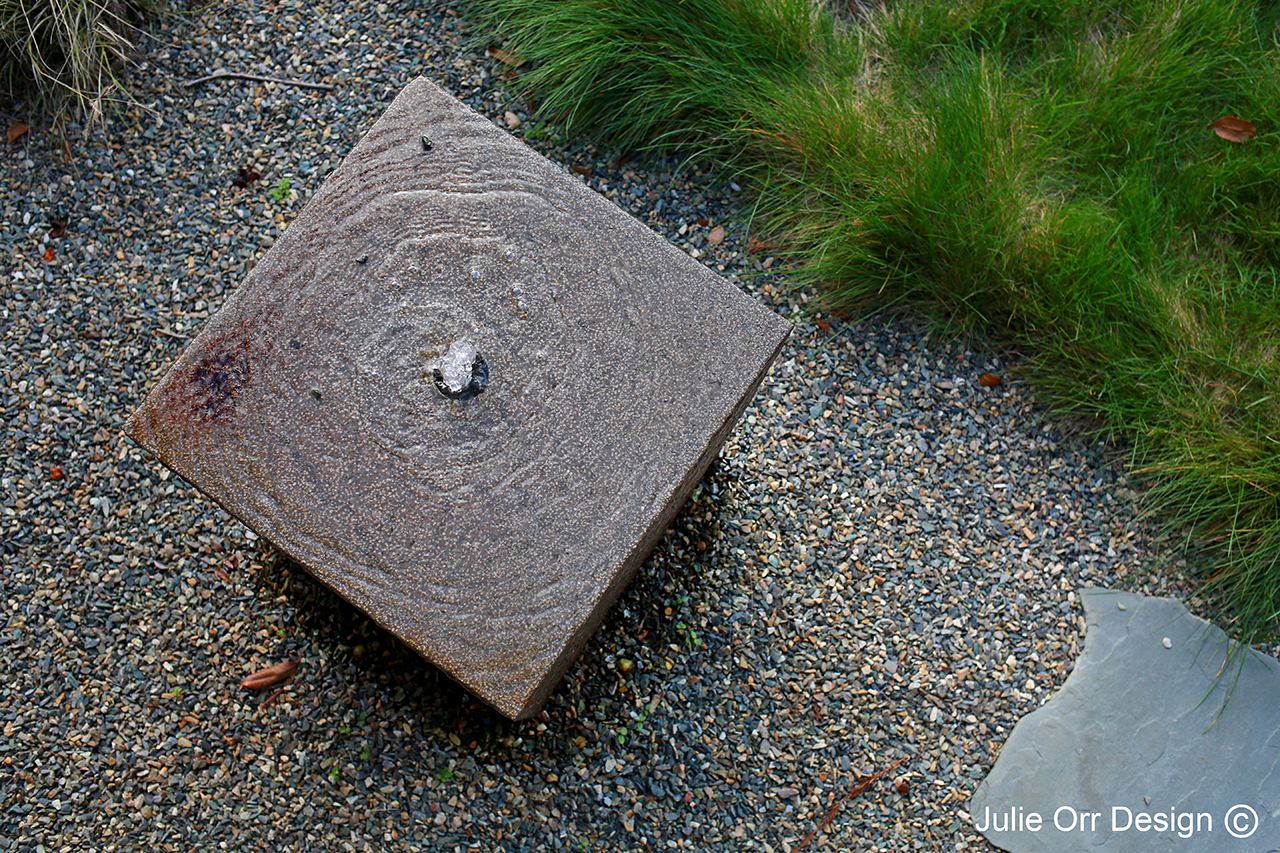 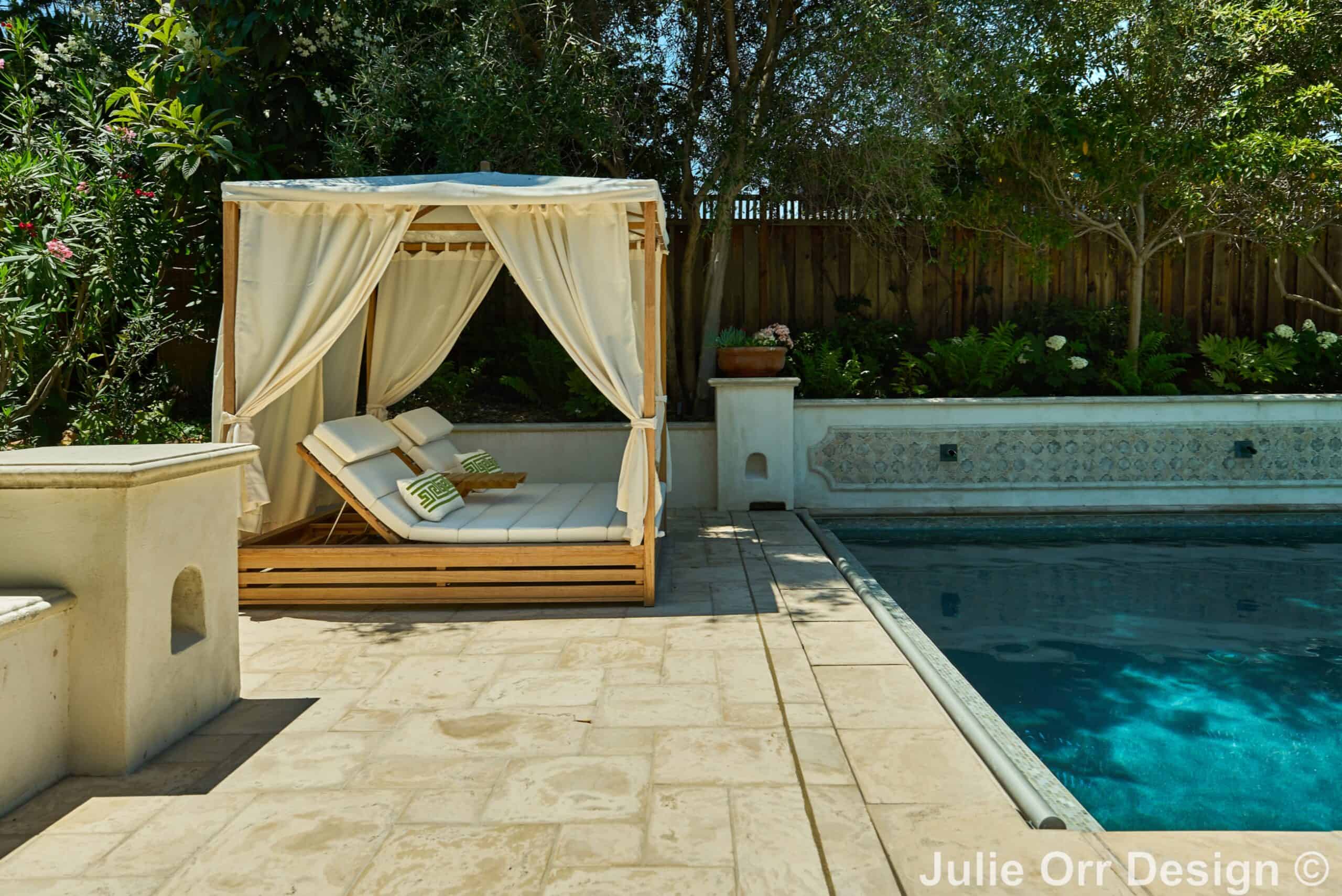 Better than a Resort- Case Study in Los Altos